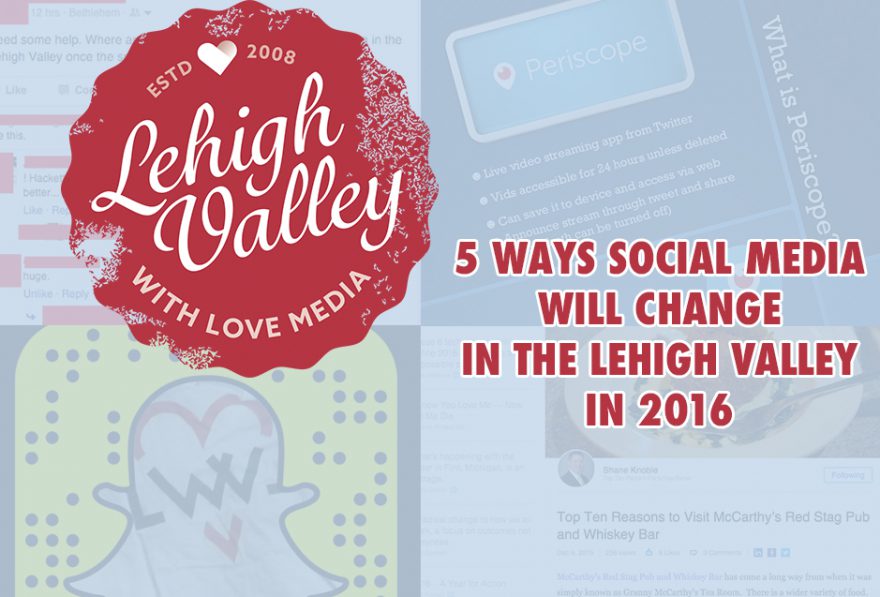 The Lehigh Valley is home to anywhere between 700,000 and 850,000 depending on your interpretation of where the valley begins and ends. Trust us, that’s not an argument you actually care to take up on social media. So, let’s just agree that it’s more than 700,000 and less than 900,000.

Regardless, it’s a lot of people. The Lehigh Valley is the largest growing area in the state and one of the largest on the East Coast. We’re totally popular and cool and it’s time to start acting like it.

This article isn’t about sentiments, but it’s time to start getting over the whole “The Lehigh Valley is boring” and “There aren’t any jobs” and “We need to go to NYC or Philly to find true innovation” examples.

Simply put, and with examples you can easily find yourself, the Lehigh Valley is an area that has every right to be on the cutting edge of social media innovation. So, that being said, here are a few ways you can expect social media in the area to change as we go through 2016 and beyond.

Quality video is going to become even more important

Lehigh Valley companies and organizations are quickly finding out that video is what people are interested in viewing online. Let’s be honest, your Facebook feed is filled with awful memes and a few articles that you’ll read when you get home. Short videos, however, make you stop and take a peek. Companies like Coordinated Health, Fire Rock Productions, Lehigh Valley with Love (couldn’t help it) and others are showing that quality videos are becoming easier to make and share with their fans.

The important point to remember here, however, is that just because it’s easy to make a video on your smartphone doesn’t mean that it’s a quality video that will encourage your fans or prospective customers to return to watch more. Just like the aim of Hollywood and every advertising agency ever, videos need to be well thought out and executed.

Snapchat will become a marketing tool 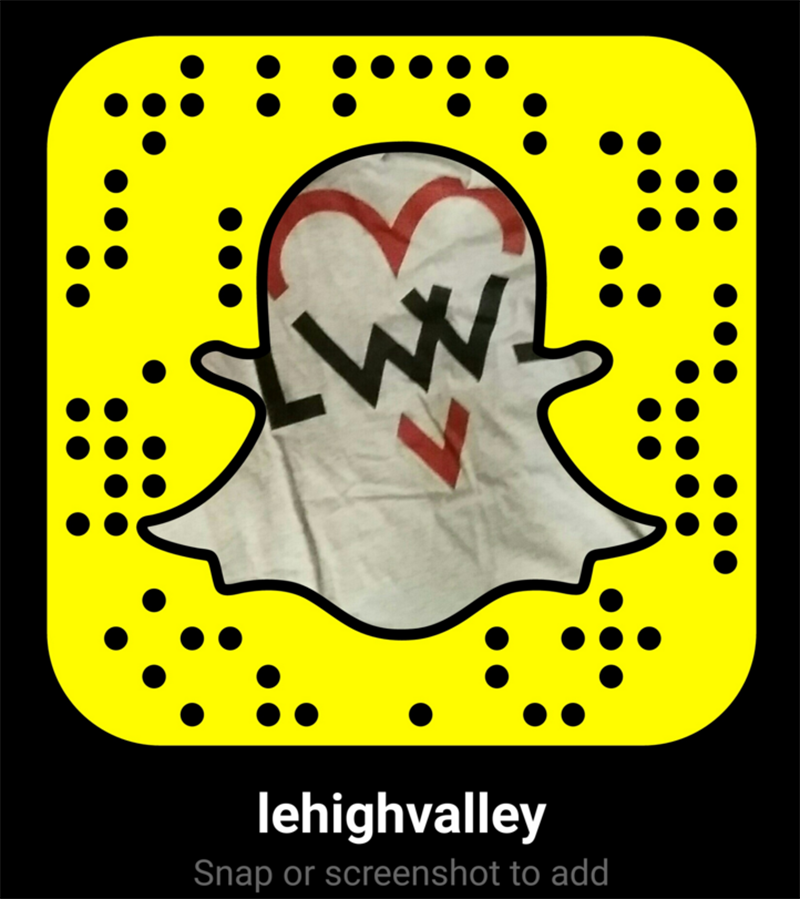 One thing we always shy away from is any talk of social media “sky is falling” observations. Some social media platforms will pan out and become useful and some won’t. For example, Vine isn’t a terribly great marketing tool within the Lehigh Valley area. It may be in some areas, but, so far, it’s not something we recommend clients to spend a lot of effort on.

The simple reason is that the payoff for quality Vine videos isn’t worth the amount of work it takes to cultivate them.

Snapchat, on the other hand, is something you may want to begin researching a bit more for your company or organization. At the very least, log in and save a username that you may want to use in the future before someone else takes it.

The Lehigh Valley IronPigs are a shining example of quality Snapchat usage for a commercial enterprise. Snapchat is all about telling a story and not necessarily worrying about how it affects your SEO as much as your brand image.

Oh, and of course, follow us on Snapchat: LehighValley

On-platform content will begin to make a serious dent 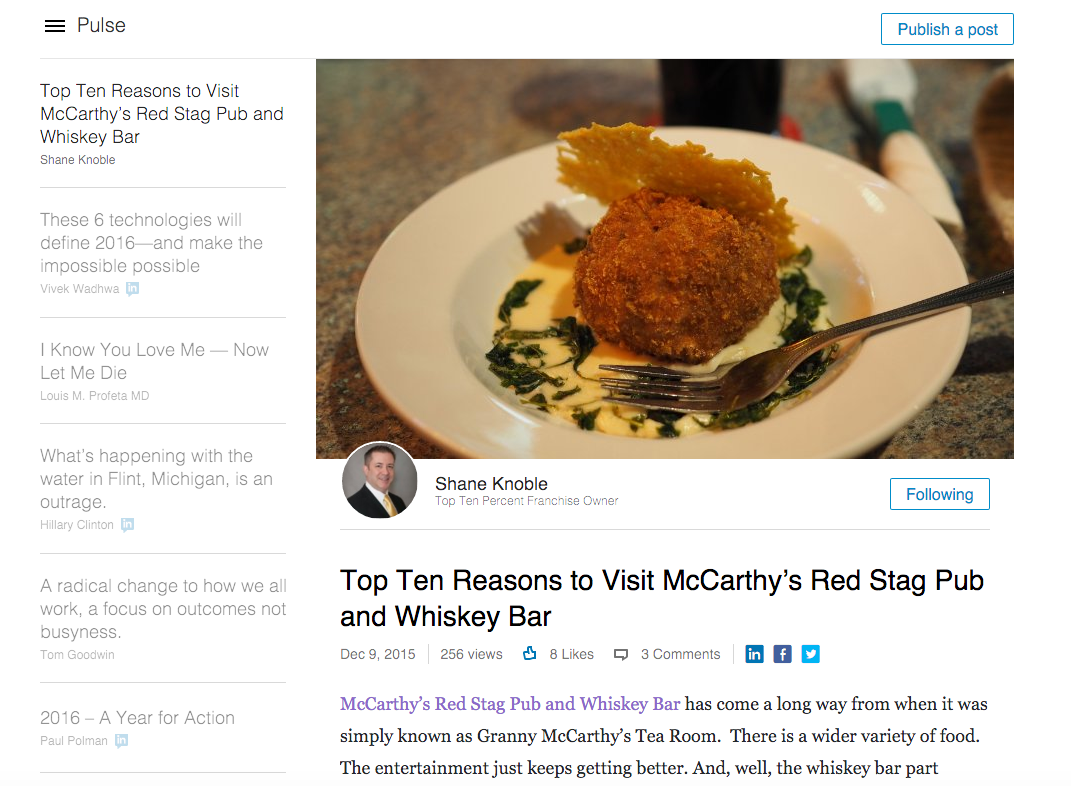 The term “on-platform content” refers to articles that are hosted directly on social media networks and not on a company’s own website. A fine example of this is LinkedIn Pulse, which allows users to write blogs or articles or announcements or press release and share them directly on and from LinkedIn, where they remain housed.

Many Lehigh Valley companies, such as the local Top Ten Percent franchise, are using it in lieu of standard website blogs.

Facebook also announced Instant Articles, which load faster, but are currently only available for larger media outlets. Perhaps The Morning Call and The Express-Times will take advantage of this option in the near future.

Live streaming will begin to trickle in 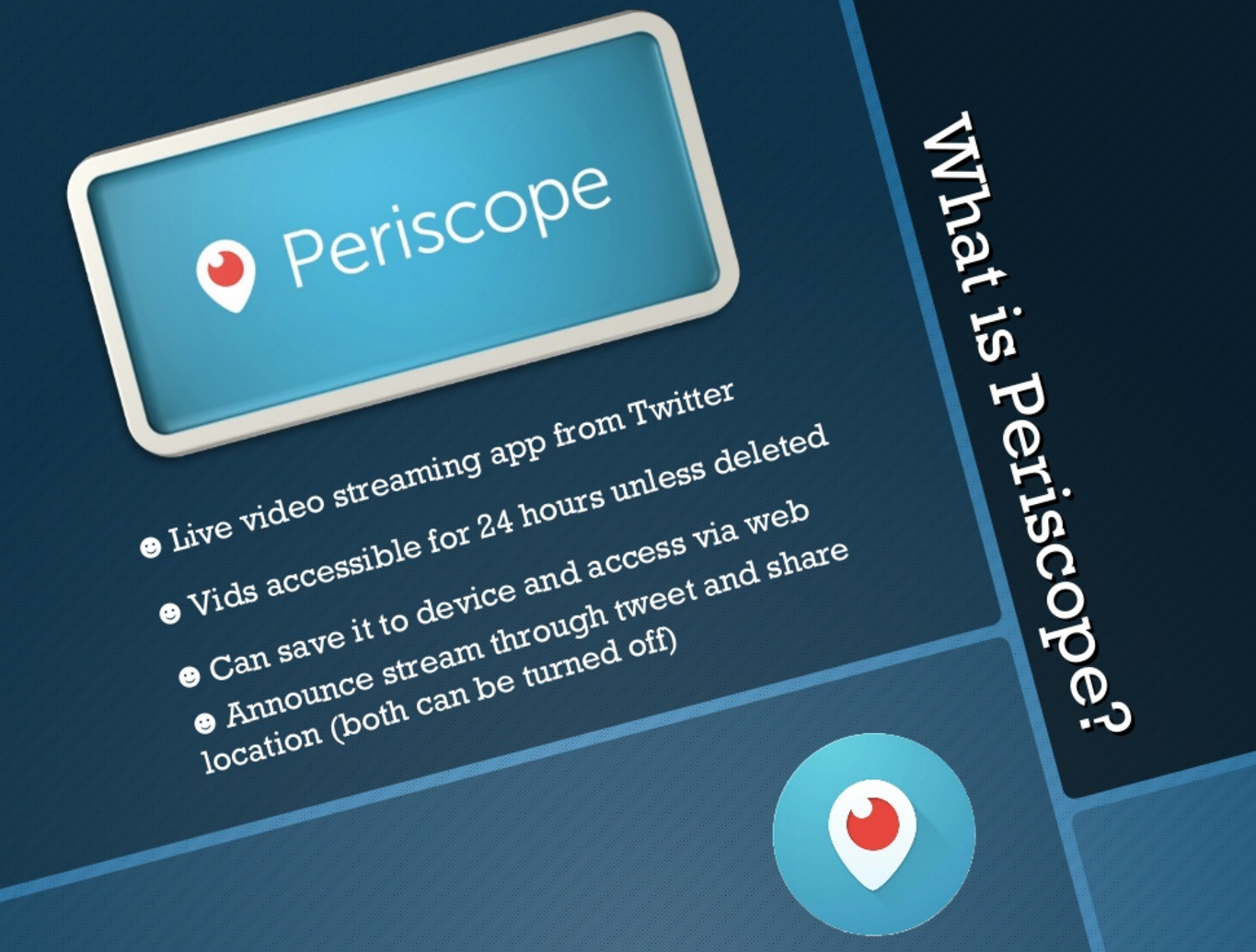 Periscope and Facebook are the current leaders in live-streaming content, and that’s not just nationally. Local businesses, such as Corked Wine Bar & Steak House, have already begun to stream their nightlife.

You can expect local colleges and universities to get in on the party before most businesses, especially due to their on-campus events and concerts. However, don’t be surprised when more live Periscope feeds go live. Lehigh Valley with Love Media even live Periscoped a presentation at Lehigh University this past spring.

Engagement will become more important than ever 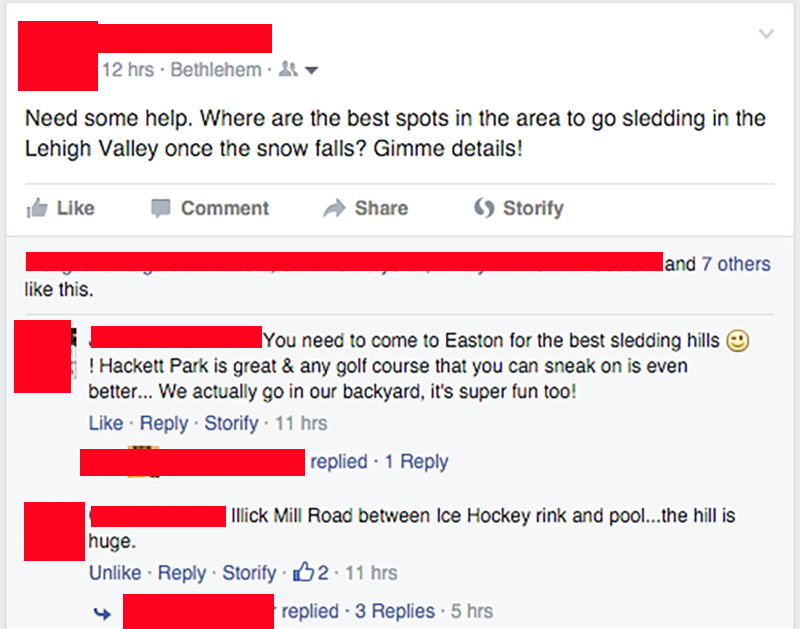 Expect to see many more social media users become more aware of corporate pandering. The days of click bait, one of the most popular, and annoying, social media phenomenons in 2014 and 2015 should begin to fade if not only because users are becoming more aware, and annoyed, at it.

Not every organization is equipped to deal with the social media changes, expectations, and machinations. If you are interested in more information, advice, or simply want to chat, be sure to get in touch with Lehigh Valley with Love Media via email, Twitter, Facebook, and Snapchat: lehighvalley.

We’re looking forward to an exciting 2016 in The Lehigh Valley and we’d love for you to be along for the ride.

Love your brand at Lehigh Valley with Love Media.