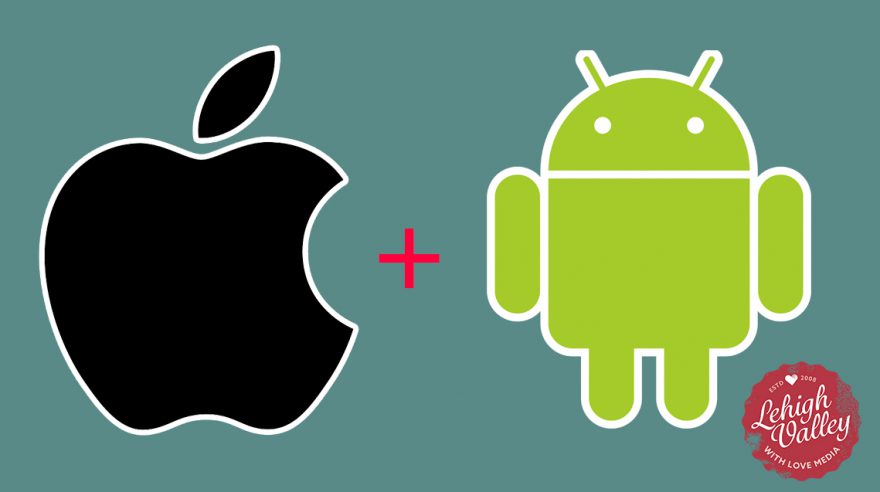 The mobile OS camps are pretty fervent. There are entire communities, websites, even cultures, set up around what OS you use.

There are jokes for both. There is hate for each. There is a clear divide that’s palpable on Reddit, Facebook, Twitter, Path (JK who uses path?)

Okay, I still use Path.

Being taken seriously in some online or in-person arguments or conversations relies on you taking a stand on which side you’re on.

“Apple connects all of my devices seamlessly,” they’ll say.

It’s a pretty roundabout argument that isn’t going to end anytime soon. It has it’s roots in the PC/Mac wars of the late 70s/early 80s. If the basic crux hasn’t been “solved” in a generation or two, it’s pretty safe to say that the battle of the mobile OSes isn’t going anywhere anytime soon.

That’s why I carry both.

I have an Android phone and use an iPad and iMac for my day-to-day needs, business, video production, shares, photographs, and communication.

I use my Android phone for the day-to-day immediate notifications such as Tweet responses or quick Facebook comments. I use it to respond to emails. I use it to take nice quality photos that I share either through other apps on the phone (such as Instagram) or I use the automatically uploaded photo from Google Photos from my iPad or Mac. I use my Mac for “heavier lifting,” longer writing, and music and video production.

It’s all pretty seamless, though. And that’s the point. I don’t necessarily need to take a side.

The bottom line is that I use both Android and iOS/Mac because I want to be able to know what people are talking about on both ends.

Oh, you have a problem with Apple Music? I know what’s up with that.

Oh, you are only talking about an Android specific app? Yep, I’m with you.

Bottom line, I never expect people to stop the argument or the hate. However, I’ll be at the end of it, loving both.

androidappleios
So You Want to Spend $1,000 Marketing Your Business Online? Here's Where It Should Go
Facebook to Begin Allowing 7 Second Looping Video Profile Pic and More!