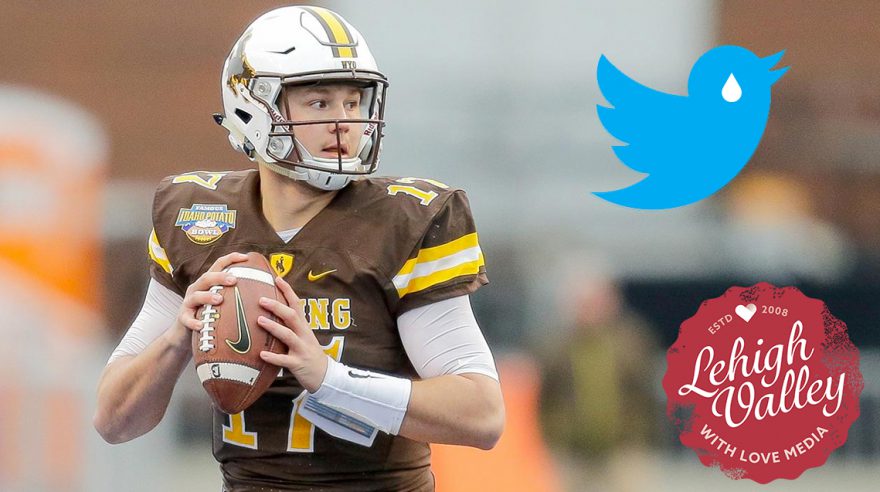 If you’re over the age of about 30 or so (as of 2018) you’ve probably said something similar to “I’m glad they didn’t have social media when I was in high school.”

Why did you say that? Probably because many of us did things in high school that we probably don’t want our current employers to know about, and they probably don’t need to.

Wyoming University Quarterback Josh Allen had tweets surface from his account that use racially charged language, and it may affect his position in the NFL Draft.

The fact that tweets he wrote when he was 15 years old have the potential to cost him millions of dollars should make you, and especially young people, take notice.

On the eve on the NFL draft, offensive tweets from a potential No. 1 pick, Josh Allen, surfaced on social media.

The former Wyoming quarterback acknowledged the tweets to ESPN’s Stephen A. Smith late Wednesday night and apologized, saying he was young and dumb.

The tweets no longer appear on Allen’s account. However, they contained racial slurs and other offensive language, according to Yahoo! Sports.

Allen told Smith that some of the tweets made reference to rap lyrics and television, including a saying that was part of an episode from the sitcom “Modern Family.” SOURCE: ESPN

Now, I’m not saying that the things Josh Allen tweeted were anywhere near the orbit of “acceptable,” but he, like many people, probably said things when he was 15 years old that he 1. didn’t understand the gravity of and 2. probably regrets now that he’s grown as a person.

Regardless, the court of public social media opinion usually doesn’t care too much about how bad a person feels about their past actions, it usually only cares that the comments were made at all.

And while Allen will probably be able to move past his tweetgressions, some people who aren’t in as high profile positions may not be as lucky.

For example, if you’re going to apply for a job and your prospective employer dives into your Twitter account to find some racially charged tweets from when you were 15, they may not take the risk that some NFL owners would take on Allen. You might just not be worth it in their eyes.

That being said, be sure to police yourself so that your former misguided social media posts don’t come to bite you when you least need them to.

Below, we’ve included a presentation that we give to colleges and universities on “What NOT to do on Social Media.”