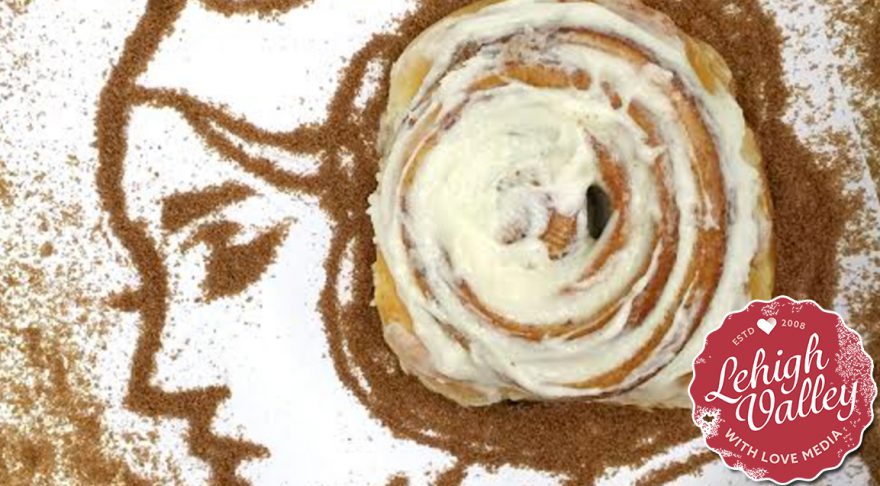 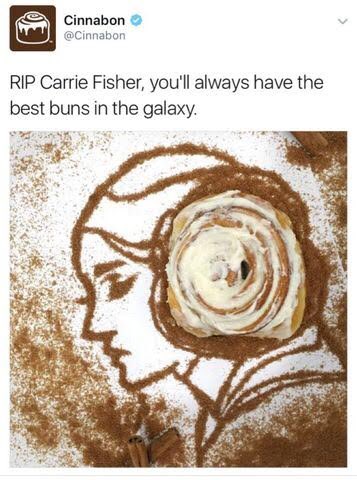 In a different context, perhaps on Fisher’s birthday or on the opening of the next Star Wars film she starred in, this image would seem to be more appropriate to some. However, since it was uploaded upon the announcement of her death, Twitter wasn’t so kind in its initial reaction.

@Cinnabon Tacky. Get over yourself and stop capitalizing on the tragic loss of an icon.. #Objectification

Cinnabon came right out and explained themselves…

Our deleted tweet was genuinely meant as a tribute, but we shouldn’t have posted it. We are truly sorry.

And then, perhaps in a rare instance of the Internet realizing that a corporation actually, truly, not only felt bad about what happened, but made the tweet as an honest to goodness tribute, seemed to recant.

@Cinnabon your tweet was awesome. Don’t let butthurt millennials who actively seek controversy keep you down.

@Cinnabon Where has all the sense of humour gone these days? I bet Carrie would’ve laughed at the pic.

@Cinnabon Just saw it and I like it. And i’m a sensitive, PC, liberal feminist. I actually thought it was sweet.

@Cinnabon I, for one, will celebrate your awesome tweet and mock the naysayers by having a Cinnabon ASAP! Who’s with me?!

Moral of the story? Businesses and organizations should tread lightly when putting up any social media posts regarding the passing of celebrities, even if they truly loved them. If they feel compelled to do so, the best bet is to not try and incorporate it into the business in any way by including a logo or a revision of a slogan. Instead, share the same type of photos most personal accounts are sharing.

While Cinnabon may come out on top on this one, at least when it comes to a positive PR standpoint, it’s a gamble and one that can backfire more often than not. May the Force be with you.