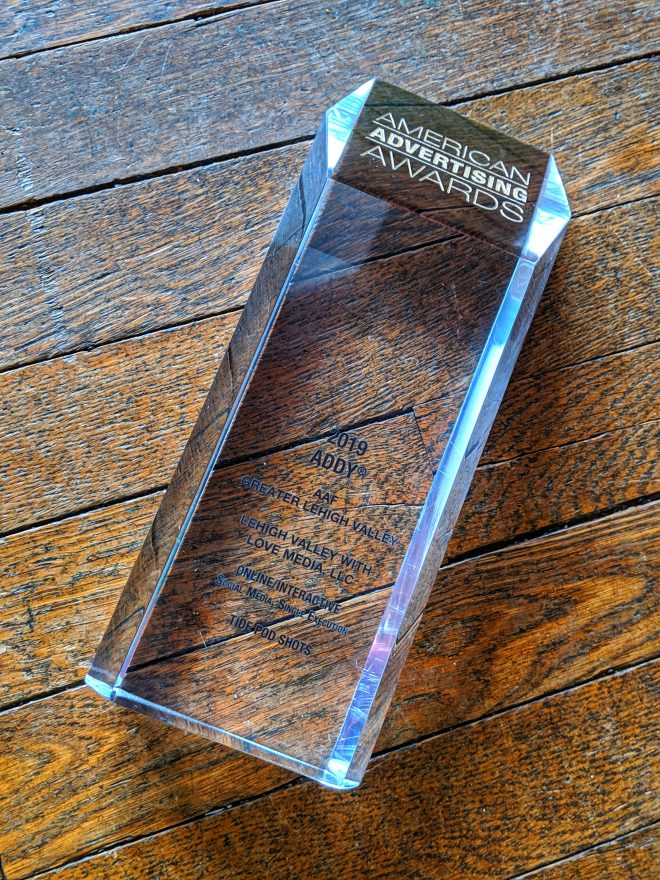 A GOLD ADDY is recognition of the highest level of creative excellence and is judged to be superior to all other entries in the category.

About Lehigh Valley with Love Media