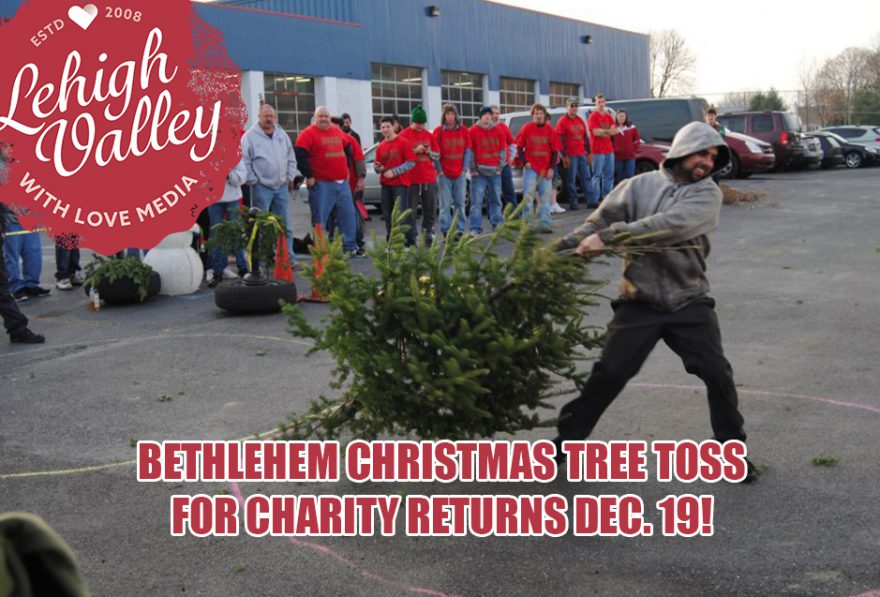 BETHLEHEM, PA (December 8, 2015) – Two years after it was thought no more pine needles would fly through the air during the holidays, the popular Bethlehem Christmas Toss for Charity is making its triumphant return on December 19 at 2 p.m. at Mike’s More Miles Automotive, 1458 Stefko Blvd., Bethlehem, PA.

Mike’s More Miles Automotive, in conjunction with Lehigh Valley with Love Media, will host the revival of the popular holiday event that last took place in 2013. 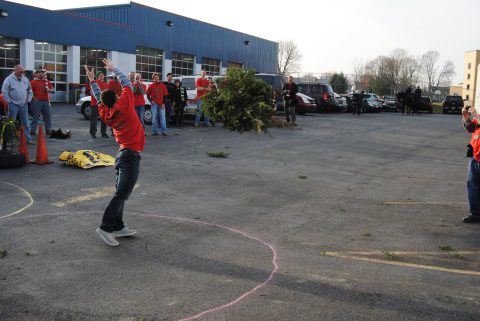 Come throw a Christmas tree for charity on December 19 at More Miles Automotive on Stefko Blvd. in Bethlehem

The public is encouraged to attend and throw Christmas trees for distance in an effort to not only win show tickets from ArtsQuest and a gift card from The Bethlehem Brew Works, but also raise money for Turning Point of Lehigh Valley, which provides shelter and support services in Lehigh and Northampton counties to victims of domestic violence.

“Pete challenged me to see whose team of mechanics could throw a Christmas tree the farthest in 2002,” DeCrosta said. “He marched his team from Meineke up to my awaiting team at Strauss Auto on Stefko Blvd., which began a 12-year tradition during which time we raised thousands of dollars for charities”

The event was forced to end when Kearns retired for personal reasons and the event proved to be difficult to continue.

“We’re excited to be able not only to host this fun event, but to bring it to its new home at Mike’s More Miles Automotive,” DeCrosta said.

After the main event, the public will be encouraged to try their hand at throwing a Christmas tree for $5 with the furthest throws receiving prizes from ArtsQuest and Bethlehem Brew Works.

There will also be a mini-tree toss for children. All proceeds will be given to Turning Point of the Lehigh Valley.

About Lehigh Valley with Love Media 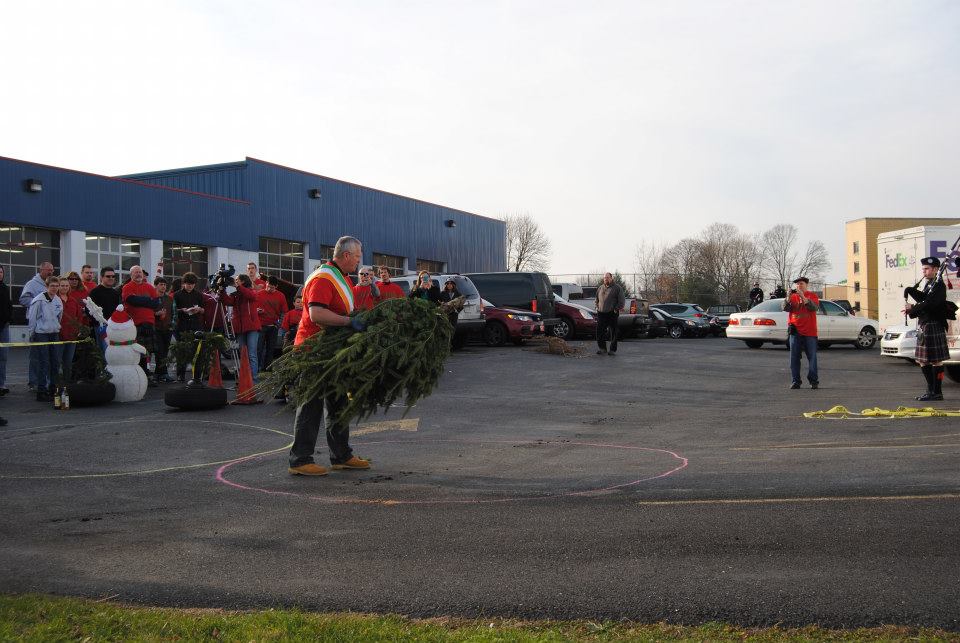 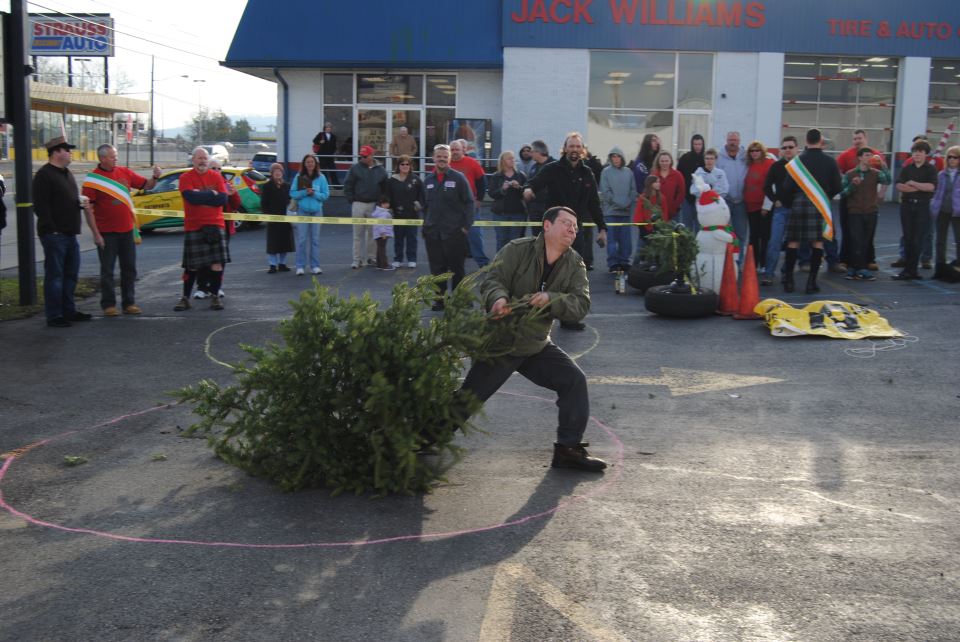 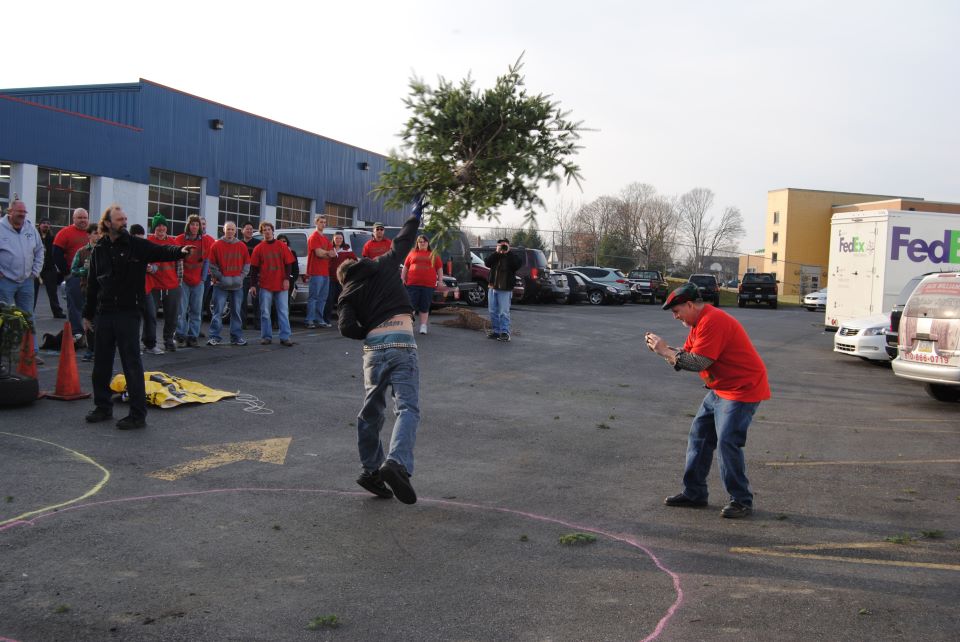 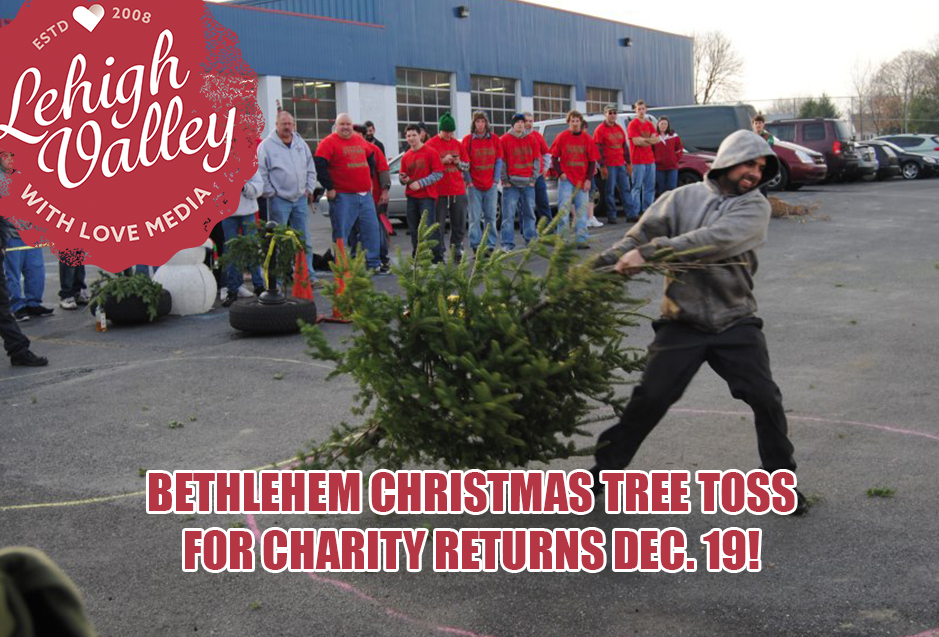 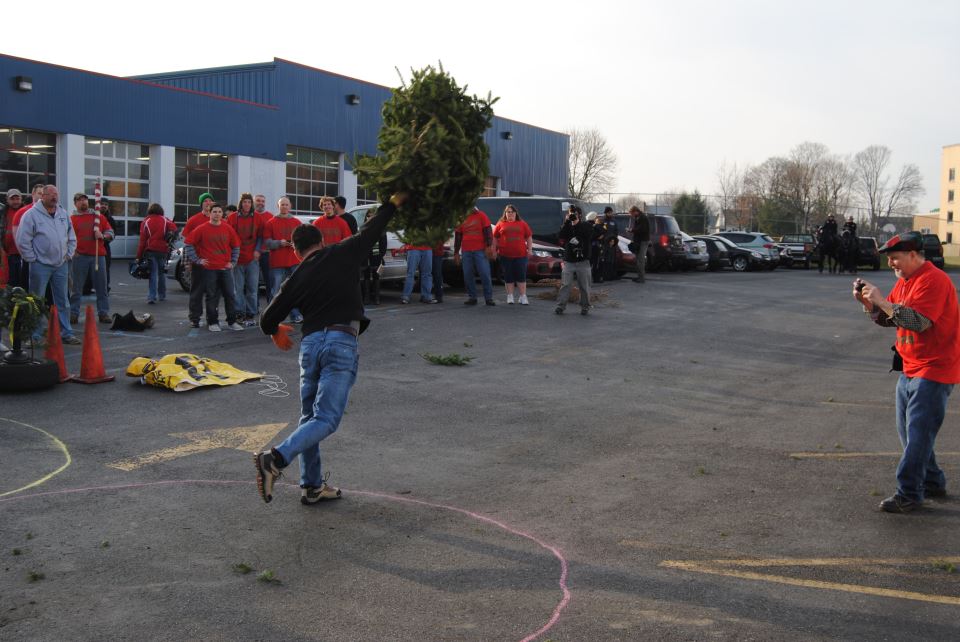 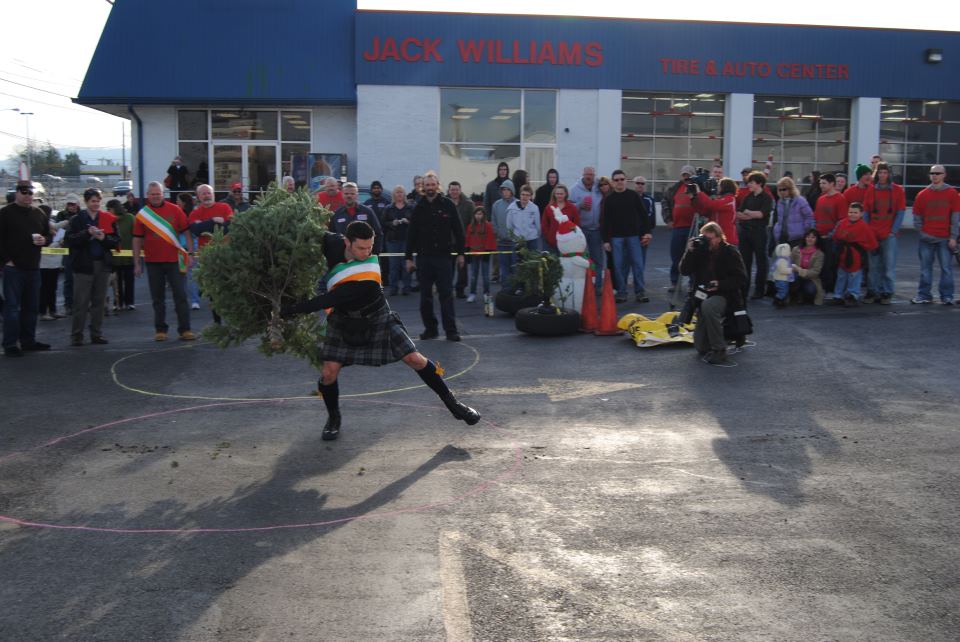 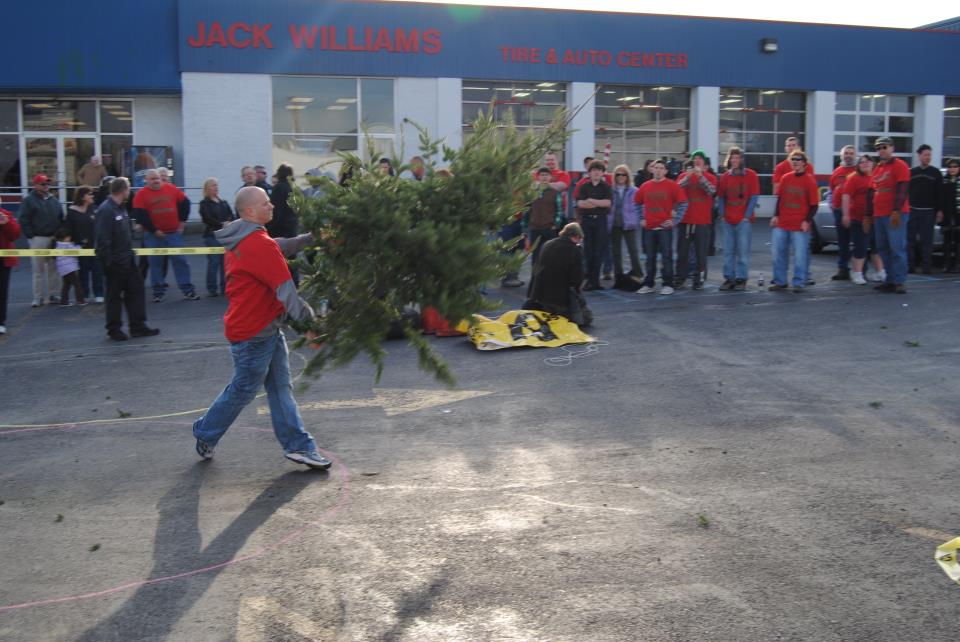 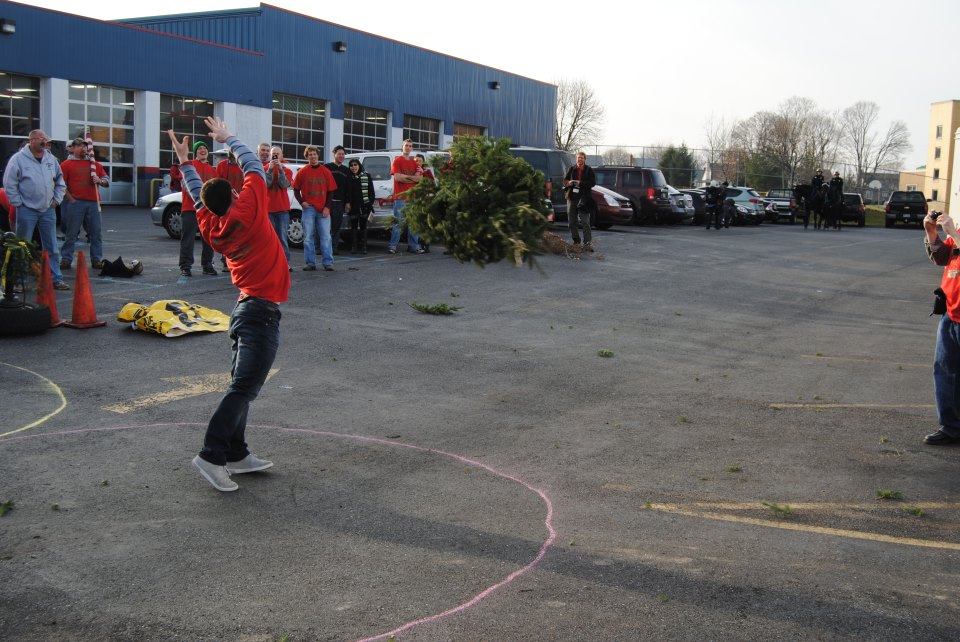 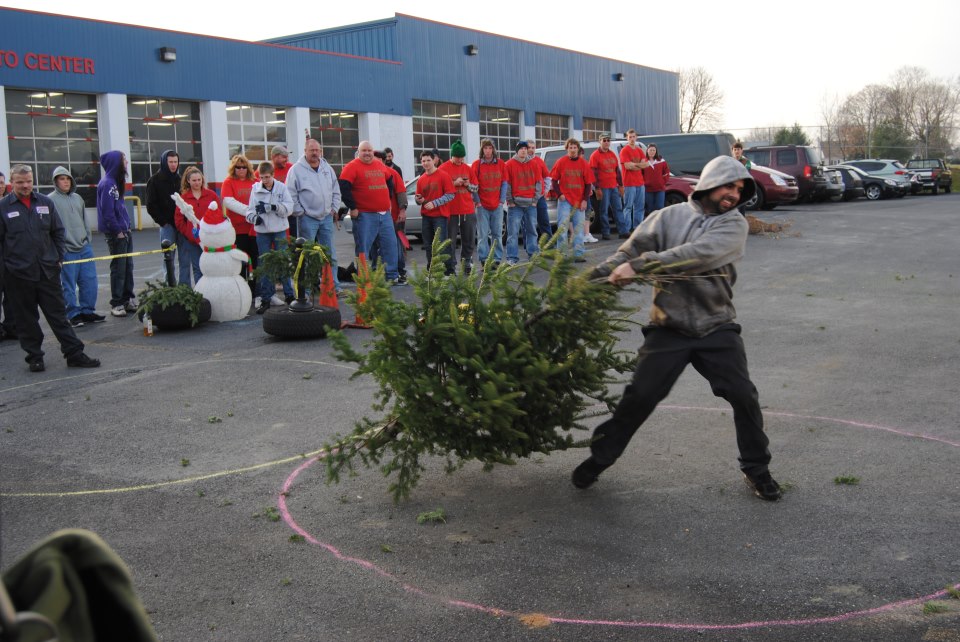