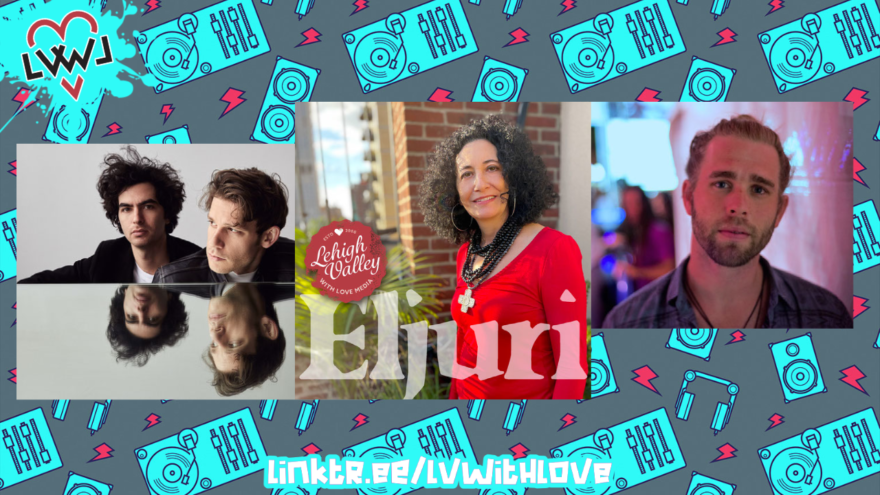 In this episode of Lehigh Valley with Love Music, co-hosts George Wacker and Phil Reese speak with three musical artists who all played Musikfest this past summer.

We recently interviewed Eljuri, Ryan Tennis, and Argonaut & Wasp and combined them into one episode. You can also listen/watch their individual episodes at the links below.

Thank you to our sponsors, Michael Bernadyn with Re/Max Realty and Molly’s Irish Grille and Sports Pub!

Born in Guayaquil Ecuador and raised in New York City, Cecilia Villar Eljuri is a compulsive genre-fuser writing songs that mirror the experiences of her life. Touted as one of the top Latina guitar players in the world, she blends the sounds and rhythms she heard from her mother’s piano, her father’s vinyl records, her siblings’ CDs and from the clubs she frequented on Manhattan’s lower east side. WEBSITE / VIDEO EPISODE

Hailing from Philadelphia, America’s City of Brotherly Love, Ryan Tennis’ music is all about dismantling boundaries and bringing people together. Genre-defiant by nature and with diversity at its core, his rousing songs are infused with the rhythms from the many countries he’s visited during his extensive tours. While his performances are dynamic and danceable, Tennis’ voice and songs have a disarming sweetness that lowers your defenses and lets you breathe easy. WEBSITE / VIDEO EPISODE

Argonaut & Wasp was created with the goal of combining the vulnerability of a rock show with the energy of a house club. Formed in the dorms of the University of Vermont in 2013 the band started as a DJ / live show, playing packed basement parties to sold out festivals. In 2015, they packed their gear and moved to Brooklyn where they built a studio in Crown Heights. After releasing numerous singles and EP’s independently, they signed with +1 Records and are released their debut album, STARLIGHT 99 on April 30 2021. WEBSITE / VIDEO EPISODE 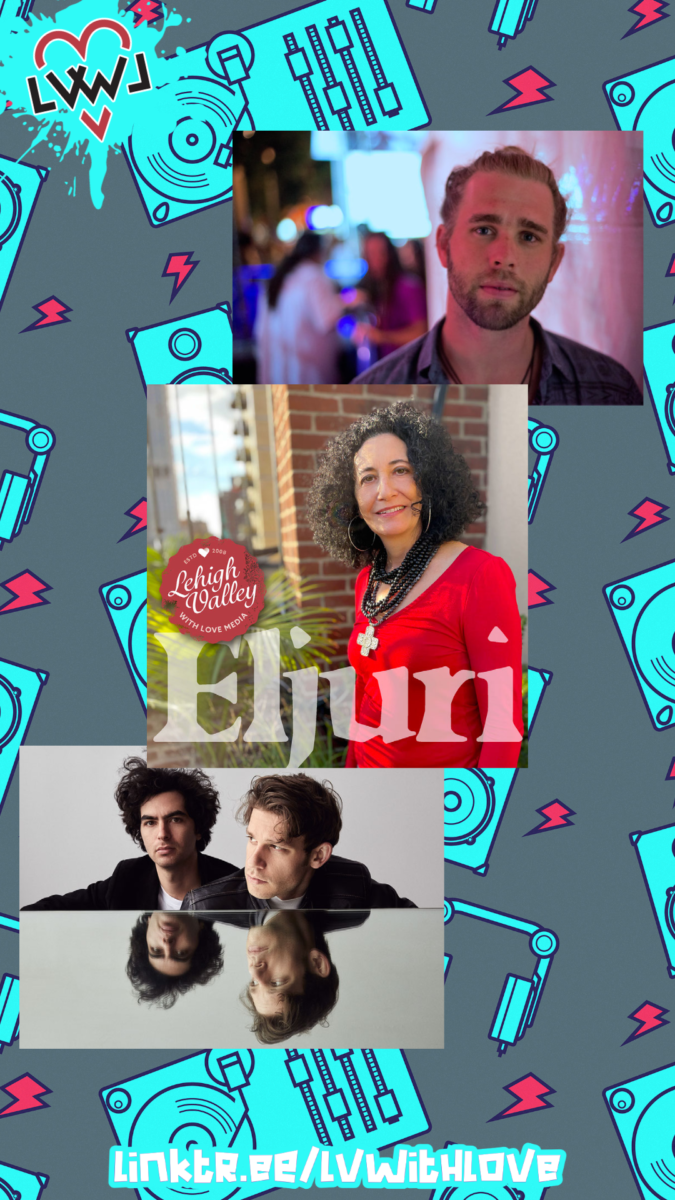 If you’d like to learn more about the Lehigh Valley with Love Podcast and the opportunities we can provide through sponsorship and collaboration, be sure to reach us at info@lehighvalleywithlovemedia.com

Thank you to our sponsors!

Special thank you to Carver Commodore, argonaut&wasp and Blair Crimmins for allowing us to use selections of their songs for our opening, transitions and closing music.  Please check out their music and give them a follow on Spotify and social media.
Opening Music
“Runner Up” and “Pathetic Again (Acoustic)” by Carver Commodore; “Pretend You Know” by argonaut&wasp
Transitions
“Tell Me What You Want (I Want It)” and “Can’t Stay Away” by Carver Commodore
Closing Music
“It’s All Over Now” by Blair Crimmins & the Hookers
Read More